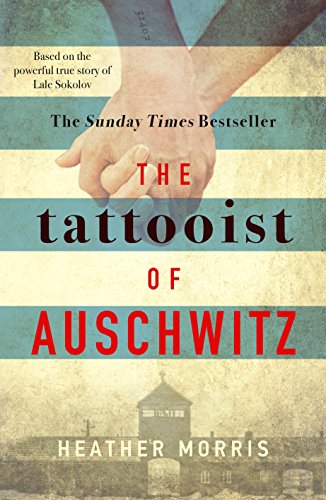 Title: The Tattooist of Auschwitz

I tattooed a number on her arm. She tattooed her name on my heart.
In 1942, Lale Sokolov arrived in Auschwitz-Birkenau. He was given the job of tattooing the prisoners marked for survival – scratching numbers into his fellow victims’ arms in indelible ink to create what would become one of the most potent symbols of the Holocaust.
Waiting in line to be tattooed, terrified and shaking, was a young girl. For Lale – a dandy, a jack-the-lad, a bit of a chancer – it was love at first sight. And he was determined not only to survive himself, but to ensure this woman, Gita, did, too.
So begins one of the most life-affirming, courageous, unforgettable and human stories of the Holocaust: the love story of the tattooist of Auschwitz.

This was an incredibly difficult book to put down despite how harrowing and complex the subject matter is. Perhaps what makes it even more challenging is the knowledge from the start that it tells the true story of Lale, a survivor of Auschwitz, and that all the difficulties he faced as the tattooist were real. It may be a horrifying story but the overwhelming themes of courage, loyalty and the willingness to survive are present throughout making the book truly gripping.

Apart from the strong willed character of Lale, this book also manifests similar strong traits through the hardships that Gita and Cilka lived through, from disease to malnutrition to abuse. The writing is very matter-of-fact and the author doesn’t delve much into the characters emotions, yet as the event of Auschwitz unfold, the reader is able to interpret the mixture of feelings experienced in such a confinement.

I am pleased that I decided to read this novel after much doubt. It is important that stories like Lale’s are retold and reconstructed so the horrors of war are not forgotten and are avoided. What made this book stand out from others in this genre was the brilliant way that the author gave Lale a voice and retold his story with honesty, proving how sincere relationships can form even in the most extreme situations. Everyone must read this book, regardless of the intricacy it boasts, to fully appreciate the buried memoirs of many prisoners that are finally being unearthed.

5 thoughts on “Book review: The Tattooist of Auschwitz by Heather Morris”