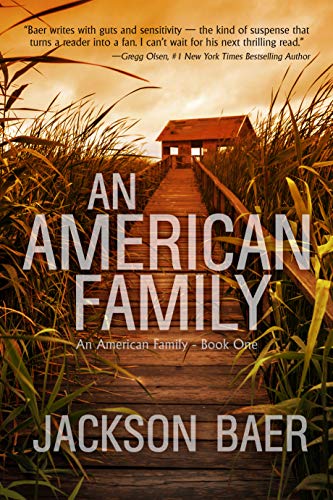 “Isaac Childs has the perfect life—until that life comes crashing down when his wife Ramie vanishes.
Isaac learns that his wife’s disappearance is the ninth in a string of similar cases. In the wake of this news, he struggles to cope, to be a good father to his daughter and college-bound son, and to reclaim something of an ordinary life even as he conceals his troubled past.
After the FBI makes an arrest, and his wife is presumed dead, Isaac begins to move on. Yet will his secrets catch up with him? Has he conquered his vices for good? And what of the FBI’s theory that the case isn’t completely resolved, after all?”

This book offers something to every reader. It is an excellent choice for those who appreciate flawed characters and perfect for anyone interested in an engrossing mystery. It becomes apparent as the story line progresses that the characters are vital to moving the plot along and simultaneously, as the plot develops, we discover secrets and imperfections of each character that transpire into an appealing and exciting story. I really admired the powerful use of both these writing techniques and I feel the author accomplished this exceptionally well.

Although all characters were multilayered and engaging, I could not find myself interested enough to follow their conversations. Perhaps it is based on my personal preference on dialogue, but their discussions felt strained and very matter-of-fact which attributed to several forced interactions. Nevertheless, the descriptions in between and after the direct speech were eloquent and concise. I would have preferred a more prominent emphasis on this as the period between Ramie vanishing and Isaac meeting Julia felt somewhat rushed. However, I also realise that this was intended to describe their accidental meeting and therefore the focus soon shifted to their life afterwards.

Few thrillers manage to incorporate emotion and grief in the story line and those that do often fall short of inducing empathy in the reader. In contrast, An American Family shines in this field and from the first page we are introduced to a mix of emotions from despair to heartbreak. I was pleasantly surprised by the ending, although it seemed somewhat implausible, and can safely say that this book left me with a sense of relief which was comforting after the rollercoaster of a ride we travelled on.

An American Family is out next Monday 1st October!

Many thanks to the author for providing a free advanced reader’s copy in exchange for my honest review.

1 thought on “Book review: An American Family by Jackson Baer”