Welcome to another Studious Saturday post! I have been on holiday this past week which meant that I was able to dedicate a lot of time to reading. In addition, I was very lucky to get tickets to the last stop on the Jodi Picoult UK Book Tour which included a pre-signed copy of her latest book A Spark of Light, as well as a Q&A session and photos with her to follow. Jodi Picoult is one of my favourite authors and I had been looking forward to this event for a long time. I really enjoyed the Q&A session in particular, where she shared some insightful details of her life as an author which I would like to share with you today.

The session started with a brief explanation of how and why this book was written and a short reading of the first chapter (which is also the ending of the book because the story is written in reverse). She revealed the backstory to A Spark of Light – the contrasting views of terminating a pregnancy that a woman may experience throughout her lifetime, justifying that one’s view on abortion may change when reaching 15, 30 and 50 years of age. Coupled with the current political controversies surrounding the topic in USA, she felt that now was the right time to write this book.

I was particularly impressed with the research that she carried out prior to writing the book. She interviewed 151 women who had terminated a pregnancy to find out their motives and analyse their experiences which she would later on use to develop her characters. Most astonishingly of all, no more than 10 of those 151 women agreed to be involved in the book with all of them choosing to be written in using a pseudonym. Jodi discussed the stigma surrounding  in the topic with eloquence and impartiality, something which I highly valued.

Without going into too much detail of the Q&A session, I wanted to provide a quick summary of some of the most interesting and valuable subjects she discussed:

The most exciting part of the event was meeting Jodi at the end and having my photo taken with her. As I read chapter after chapter of A Spark of Light, I realise that I also look back more on the points she discussed and start to analyse them in greater detail. It is another though-provoking and moving book and I am greatly enjoying it so far (review to follow shortly!).

This was her last event in the UK but for any fans based in Canada, her final stop will be Toronto on Monday and I highly recommend going! 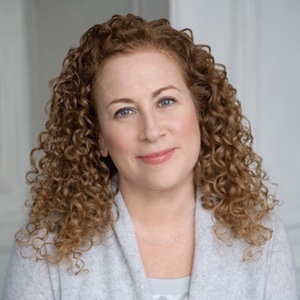