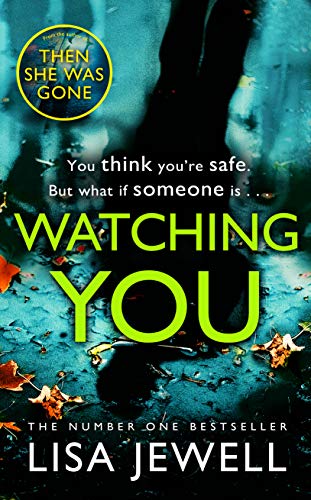 “Melville Heights is one of the nicest neighbourhoods in Bristol, England; home to doctors and lawyers and old-money academics. It’s not the sort of place where people are brutally murdered in their own kitchens. But it is the sort of place where everyone has a secret. And everyone is watching you.
As the headmaster credited with turning around the local school, Tom Fitzwilliam is beloved by one and all—including Joey Mullen, his new neighbor, who quickly develops an intense infatuation with this thoroughly charming yet unavailable man. Joey thinks her crush is a secret, but Tom’s teenage son Freddie—a prodigy with aspirations of becoming a spy for MI5—excels in observing people and has witnessed Joey behaving strangely around his father.
One of Tom’s students, Jenna Tripp, also lives on the same street, and she’s not convinced her teacher is as squeaky clean as he seems. For one thing, he has taken a particular liking to her best friend and fellow classmate, and Jenna’s mother—whose mental health has admittedly been deteriorating in recent years—is convinced that Mr. Fitzwilliam is stalking her.
Meanwhile, twenty years earlier, a schoolgirl writes in her diary, charting her doomed obsession with a handsome young English teacher named Mr. Fitzwilliam… “

Watching You starts with one of the most enticing first chapters I’ve recently read in a thriller; a dead body is found in the kitchen of what appears to be the ideal family, viciously stabbed several times. We first hear from one of the protagonists, Joey, who is being interviewed by the police and Lisa Jewell’s fluid writing style really starts to show here. I was immediately compelled to read the next few chapters but was disappointed to find out that we are instead introduced to several other characters in this community in Bristol and the connections between these characters doesn’t start to become clear until around the halfway point of the book, by which point I was already starting to lose interest.

The main drawback for me was the lack of context behind the spying aspect. At one point it seemed that everyone was watching each other but the reason behind it was vague so I was frustrated that it assumed such a large chunk of the plot. Snippets of the crime scene and day of the death are slowly revealed through the police interviews, a clever backdrop to use, and by discarding characters one by one it is not too difficult to guess who the culprit is behind the murder, which made for a slightly disappointing and predictable conclusion.

Nevertheless, as with many other novels by this author, the best is left until last and her true talent shines in the last chapter. The ending is enough to put into perspective everything that we have learnt so far about these characters, especially one particularly deceitful and malicious character. Few authors are able to deliver such a strong ending despite the predictable murderer and the implications from the final words are enough to justify reading through the slow beginning. I would recommend Watching You to anyone who enjoys a slow burn thriller with a shocking ending, although I encourage others to try Lisa Jewell’s other novels first as the pacing is much stronger and the characters more refined.

6 thoughts on “Book review: Watching You by Lisa Jewell”