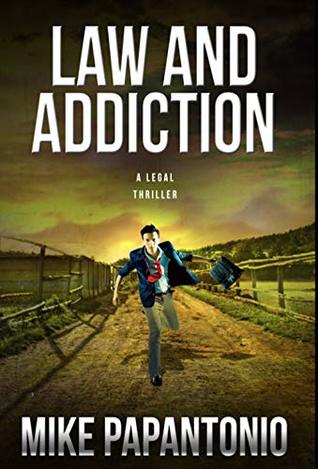 “One week before his law school graduation, Jake Rutledge is shattered. His fraternal twin, Blake, has died of a drug overdose. When Jake returns to his hometown of Oakley, West Virginia, he discovers that his brother was not the only person hooked on opioid painkillers. The entire region has been ravaged by an epidemic insidiously planned and carried out by one of America’s most powerful pharmaceutical companies.

Still wet behind the ears, Jake is determined to seek justice for all the victims of Big Pharma’s greed. He soon learns that the drug companies’ tentacles reach far and deep. His only hope is to get Nicholas “Deke” Deketomis to help. A partner at one of the country’s most powerful law firms, Deke’s “as tough as a two-dollar steak” and well-known for his winning tactics against corporate wrongdoers. With just enough persistence, Jake coaxes Deke to see Oakley’s devastation firsthand. Overwhelmed, Deke agrees to join forces with Jake.

And that’s when the real heat begins. Death threats, bribes, unlawful property seizure schemes – all are connected to the massive distribution of both legal and illegal drugs. Everyone is impacted, from the highest levels of corporate America to corrupt local officials to their lackeys and hapless victims. The complexity of the schemes is overwhelming.

Working tirelessly, the lawyers begin to uncover the truth. Along the way, Jake falls in love with Anna Fowler, a former homecoming queen who has succumbed to the power of opioids. With his support, she weans herself off the drugs. Hope begins to bloom — when suddenly, Jake disappears. As Deke undertakes a desperate search to find him, questions swirl. Has Jake abandoned Anna and his crusade? Can the case against the evildoers move forward without him? Will Oakley and its residents survive? Law and Addiction is real-life drama at its finest — a book that clears away the darkness page by page, spotlighting a profound truth about our society through expert storytelling. “

Law and Addiction is a stellar thriller which successfully manages to shed light on a central topic affecting thousands in USA while also introducing a set of interesting and unique characters. Jake Rutledge, recently graduated from law school, is devastated to find out that his twin brother died of a drug overdose and that many others in his hometown are suffering just as badly. He decides to take measures and enlists the help of one of the most successful partners in another law firm, Nicholas Deketomis, in order to unearth the unjust horrors surrounding the opioid crisis and big pharma industry.

I must admit that I did not know just how serious the opioid epidemic in USA was. A quick Google search while I was still in the first few chapters of the book made me realise how dangerous yet unaddressed it was which made me even more eager to read on to understand the topic further. The main character, Jake, is bold and assertive and I was pleasantly surprised at his willingness to expose big pharma’s scheme. His personal experience also meant that this was clearly a topic close to home as he greatly missed his brother which evidently encouraged him to succeed even more despite the many setbacks.

The writing is articulate and succinct and it became clear to me from a very early point that the author has a lot of experience in the legal industry. The prose was clear and easy to follow however I found the speech too wordy and stilted. At times, particularly in the courtroom, it almost felt like I was reading a movie script. This did not hinder the quality of the writing although it was enough to discontinue the flow.

One of my favourite aspects in the book, apart from the tough yet well researched subject matter, was the change in pace. I usually enjoy fast-paced thrillers with lots of action however I particularly enjoyed the slower parts in the book and the contrast with the fast-paced ending. The final chapters were intense and full of energy as the courtroom action drew to a close. A close and personal encounter with a powerful group meant that Jake ultimately understood the effects of opioids firsthand and this personal touch, although unfortunate and distressing, allowed for an even more compassionate approach.

Mike Papantonio has paved the way for success with Law and Addiction as well as emphasising the importance of tackling the opioid crisis with force through an exciting and action-filled thriller. I encourage those with little knowledge on the subject to read the book, as well as lovers of courtroom drama and legal procedurals.

Many thanks to Michelle at FSB Associates for providing an advanced reader’s copy of this book in exchange for my honest review.

Law and Addiction is out to buy now!

6 thoughts on “Book review: Law and Addiction by Mike Papantonio”