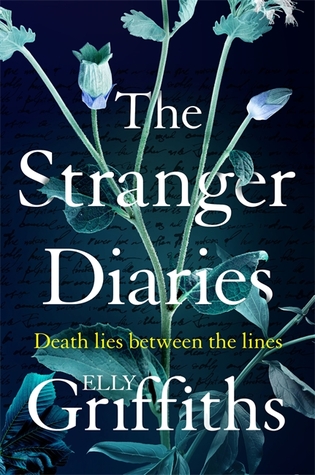 “Clare Cassidy is no stranger to murder. As a literature teacher specialising in the Gothic writer RM Holland, she teaches a short course on it every year. Then Clare’s life and work collide tragically when one of her colleagues is found dead, a line from an RM Holland story by her body. The investigating police detective is convinced the writer’s works somehow hold the key to the case.

Not knowing who to trust, and afraid that the killer is someone she knows, Clare confides her darkest suspicions and fears about the case to her journal. Then one day she notices some other writing in the diary. Writing that isn’t hers… “

A modern thriller with a gothic feel, The Stranger Diaries boasts a unique blend of antique tales and modern day family life. Its main character, Clare Cassidy, bridges this gap well as she is both portrayed as a normal mother and a teacher passionate about fascinating old tales, particularly those of RM Holland who has a close connection to the school she teaches at.

I truly enjoyed the gothic elements and reminders as they set a different tone to the story line. When one of Clare’s colleagues and closest friend is killed, the note found by her body is a line from RM Holland’s novel and from here on, all confrontations and events that follow are closely linked to RM Holland. These connections become even more eerie as Clare discovers that the suspect may be closer to home than she originally thought.

Unfortunately I could not warm to any of the characters and this ultimately left me feeling disinterested in their fate. When Clare suspects that her family may be in danger it didn’t encourage me to read on as by that point I was already feeling frustrated with some of the poor decisions she had taken and the lack of action to keep her family safe. She did not seem like a trustworthy narrator and I was questioning her decision making skills several times throughout the book. Her daughter, Georgie, also appeared unreliable and indifferent to the situation in her school which seemed odd.

An aspect which worked well but ultimately irritated me was the setting. Almost the entire book is set at the school Clare works at and Georgie attends, which is understandable as it was also the school connected to RM Holland. However, it almost seemed like there was not enough substance to transport these characters elsewhere therefore confining them to the same location which ultimately narrowed the possible murderers to very few. The school setting worked well with the gothic theme and there were many parts which left me astonished however I would have liked to see these characters in other settings too.

The Stranger Diaries is a well written thriller with many literary elements that lovers of gothic novels will admire. The supernatural elements are delivered in just the right doses without appearing too overwhelming. Unfortunately I couldn’t connect with the characters and was not taken aback by the ending either which leaves this thriller as solid however perhaps not a memorable one which I will recall months from now.

12 thoughts on “Book review: The Stranger Diaries by Elly Griffiths”