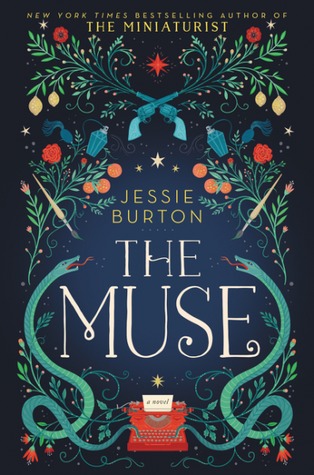 “A picture hides a thousand words …

On a hot July day in 1967, Odelle Bastien climbs the stone steps of the Skelton gallery in London, knowing that her life is about to change forever. Having struggled to find her place in the city since she arrived from Trinidad five years ago, she has been offered a job as a typist under the tutelage of the glamorous and enigmatic Marjorie Quick. But though Quick takes Odelle into her confidence, and unlocks a potential she didn’t know she had, she remains a mystery – no more so than when a lost masterpiece with a secret history is delivered to the gallery.

The truth about the painting lies in 1936 and a large house in rural Spain, where Olive Schloss, the daughter of a renowned art dealer, is harbouring ambitions of her own. Into this fragile paradise come an artist and revolutionary, Isaac Robles, and his half-sister Teresa, who immediately insinuate themselves into the Schloss family, with explosive and devastating consequences …

Seductive, exhilarating and suspenseful, The Muse is an addictive novel about aspiration and identity, love and obsession, authenticity and deception – a magnificent creation and a story you will never forget. “

Historical fiction novels which feel both pivotal to their period and discuss a variety of hard hitting and complex societal topics are hard to come by. Often authors develop the setting beautifully and transport the reader to another time but they fail to inspire when it comes to tackling controversial issues for that time period. The Muse is an exception and Jessie Burton successfully manages to tell the most beautiful tale of hope, distress and love while engaging the reader in some of the most disputable topics at the time.

Shifting between 30s rural Spain and 60s busy London, the setting in The Muse is possibly one of the most magnificent I have encountered in Historical Fiction to date. The level of detail was astounding and I could easily see myself following Olive around the villa on a warm summer’s day or keeping up with Odelle’s busy life in London. I adored both backdrops and, although I could easily relate to both after living in both countries, the period features and details in the nature and architecture felt authentic to both the time and setting.

The characters and story line in The Muse suited each other perfectly. I quickly warmed to Odelle and recognised her assertiveness and desire to find her place in busy London in myself. Although I struggled more with the characters in the 30s setting I eventually connected to them as well and appreciated how different they are in personality to Odelle. As the story line progressed from the hectic London backdrop to a more relaxed and artistic rendition of Spain, the characters also developed and grew into their identities.

Unfortunately I had great difficulties with the pace and structure in The Muse to such an extent that I considered leaving it several times. It is not until nearly the halfway point that the two story lines merge where it becomes clear how the characters are connected and this lack of cohesion made me lose interest at the beginning of the book. I decided to power through and keep reading with the mindset that both story lines would converge and I was not disappointed. From the halfway point I witnessed a literary masterpiece, not only through the artwork but also the deep connections formed between these characters and the magnitude of social topics explored, such as classism and social exclusion.

Featuring a cast of strong female characters, settings one can only dream of and a poignant and bittersweet story, The Muse is a gem in the Historical Fiction genre not to be missed. Although the pace seemed distorted at times, Jessie Burton balances this with a beautifully told tale difficult to forget.

12 thoughts on “Book review: The Muse by Jessie Burton”