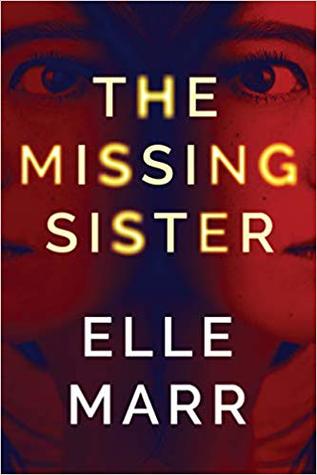 “Shayna Darby is finally coming to terms with her parents’ deaths when she’s delivered another blow. The body of her estranged twin sister, Angela—the possible victim of a serial killer—has been pulled from the Seine. Putting what’s left of her life on hold, Shayna heads to Paris. But while cleaning out Angela’s apartment, Shayna makes a startling discovery: a coded message meant for her alone…

Alive. Trust no one.

Taking the warning to heart, Shayna maintains the lie. She makes a positive ID on the remains and works to find out where—and why—her missing sister is hiding. Shayna retraces her sister’s footsteps, and they lead her down into Paris’s underbelly.

When Shayna arrives in her sister’s apartment in Paris, she is shocked to discover a message on her noticeboard written in their secret language. Certain that her sister is still alive, Shayna endeavours to uncover the truth and find her sister, fearing that she is in danger.

The beginning of The Missing Sister shows a lot of promise and I had high hopes for an exciting mystery. Set in the catacombs of Paris with secret riddles and code names, the prospect of following Shayna on this adventure was thrilling. The author did a wonderful job in this area and I thoroughly enjoyed the foreign and different setting. The first few minor characters which were introduced appeared grounded and I was hoping for deeper interactions between them and Shayna. Unfortunately, many of these minor characters dipped in and out and towards the end I was struggling to remember them.

I started to lose interest in the middle of the book and found that I was skimming through the main plot. A lot of the story line is based on Shayna following clues and speaking to people who her sister interacted with before her disappearance. There was little evidence to suggest how she found those clues which resulted in a weak argument when the kidnapper was revealed. It also didn’t help that the majority of the plot happened in the last few pages of the book as the pace felt uneven. Although I usually appreciate fast-paced endings when well done, here it seemed like the author was in a rush to finish the story.

The Missing Sister explores a complex relationship between twin sisters which thrillers rarely cover and was one of the most interesting and enjoyable aspects. That coupled with the mysterious setting created a strong base for a promising read. Ultimately the weak links in the plot and unbalanced pace did not sit well but I was still able to find a lot to like in this debut.

The Missing Sister is out to buy today!

8 thoughts on “Book review: The Missing Sister by Elle Marr”