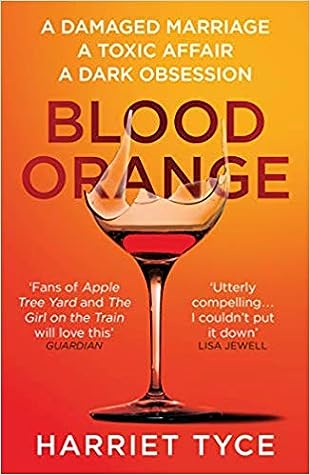 “Alison has it all. A doting husband, adorable daughter, and a career on the rise – she’s just been given her first murder case to defend. But all is never as it seems…

Just one more night. Then I’ll end it.

Alison drinks too much. She’s neglecting her family. And she’s having an affair with a colleague whose taste for pushing boundaries may be more than she can handle.

I did it. I killed him. I should be locked up.

Alison’s client doesn’t deny that she stabbed her husband – she wants to plead guilty. And yet something about her story is deeply amiss. Saving this woman may be the first step to Alison saving herself.

I’m watching you. I know what you’re doing.

But someone knows Alison’s secrets. Someone who wants to make her pay for what she’s done, and who won’t stop until she’s lost everything….”

Even though she tries her best to hide it, Alison is a mess. At work she may appear to be a successful and levelheaded barrister but she struggles to spend enough time at home with her family and she abuses alcohol to the extreme. That coupled with her frustrating affair which she doesn’t seem to be able to end as much as she tries makes her out to be a realist and relatable character. I liked the fact that she desperately tried to improve her relationship with her family and I was silently encouraging her to do so until the end.

As the plot unraveled I found Alison more irritating as she took one bad decision after another. For a smart woman she appeared to be unable to tackle her problems head on and refused to stand up to the torment she was facing from both her husband Carl and her lover Patrick. I was eagerly waiting for the moment where she would finally take control and challenge both of them but this never happened except in a few situations towards the end where a fragment of her rationality surfaces. I was left disappointed and felt that as an intelligent main character she could have achieved much more.

At the background of Blood Orange is what appears to be an easy murder case which soon turns out to be much more twisted than Alison imagined. Her new client confesses to stabbing her husband multiple times yet Alison knows that she is hiding something and is keen to unearth her secrets. I found the legal side of the thriller intriguing and liked the connections formed between the trial and Alison’s personal life. The story line gained momentum towards the middle of the book when more hints were dropped and I was increasingly interested in solving the murder case.

The mounting tension in the final chapters leads to a twist which I unfortunately saw coming and was not as surprised as I should have been. Nevertheless, this didn’t diminish the rest of the book and I feel that the steady pace and tension filled plot created an engaging thriller and a quick read. I would have preferred more depth to the characters and to see an end to the self-destruction in Alison’s life but after reaching the conclusion I partly understood the decision to keep her character as chaotic as she started out. Although I wasn’t left stunned by this book, it held my attention until the end and I am sure that many readers would enjoy this legal thriller.