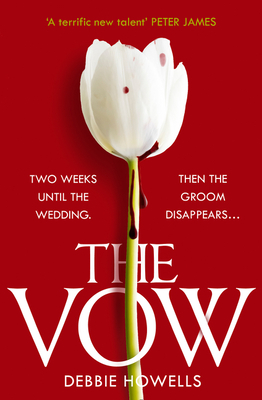 “Two weeks before her wedding, a stranger stops Amy in the street and warns her she’s in danger. Then that night, Matt, her fiancé, doesn’t come home. Desperate, Amy calls the police – but when Matt fails to emerge, she’s forced to call off her wedding day.

Then another man is reported missing, by a woman called Fiona – a man meeting Matt’s description, who was about to leave his fiancée for her.  He was supposed to be moving in with her – but instead, he’s vanished.

Amy refuses to believe Fiona’s lover can be her Matt – but photos prove otherwise, and it soon becomes clear that Matt has been leading a double life. As the police dig deeper, two conflicting, yet equally plausible stories emerge from two women who allegedly have never met.“

Amy is convinced that she has found the love of her life and is excited for her wedding, soon to take place. Her world is turned upside down when her fiancé, Matt, disappears mysteriously with no trace. The investigation ultimately brings the police full circle when they suspect that Amy is involved in Matt’s disappearance. This is a common plot line in thrillers and has been done many times before so I was glad to see some other characters, such as Fiona, introduced to break up the stereotype and create a sense of unease.

One of the strongest features in The Vow is the never ending mystery the author weaves into the story line. Matt is painted as a secretive and possibly manipulative character however it is clear from the start that both Amy and Fiona have a dark side which they are trying to hide. It was impossible to understand who the victim was in these circumstances and I thoroughly enjoyed the ping pong approach of deceit and lies as the plot progressed.

Unfortunately the characters were too mediocre and uninteresting to fully grab my attention. I could empathise with both Amy and Fiona and I found Amy’s daughter, Jess, a nice addition however none of these women had any unique attributes to keep me invested in their development.

Although I wasn’t fully invested in this book, there were some interesting writing techniques, such as changing POVs and an unknown narrator from 1996 which stood out and created a never ending sense of mystery. Full of suspense and tension, The Vow promises to be a hit for thrill seeking readers.

The Vow is out to buy today!

10 thoughts on “Book review: The Vow by Debbie Howells”