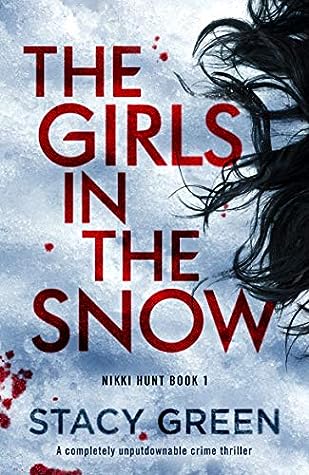 Title: The Girls in the Snow

“In the remote forests of Stillwater, Minnesota, you can scream for days and no one will hear you. So when the bodies of two fifteen-year-old girls are discovered frozen in the snow, Special Agent Nikki Hunt is sure the killer is local: someone knew where to hide them and thought they’d never be found.

Home for the first time in twenty years, Nikki sees that the whole town had been frantically searching for missing best friends Madison and Kaylee, and when she finds out who Madison’s step-father is, she becomes desperate to lead the case. John was once the person she trusted most in the world, who stood by her when she was just sixteen and her parents were murdered. Who supported her when she identified their killer, Mark Todd.

But when Nikki arrives at the Sheriff’s office, she’s confronted by protesters eager to see Mark freed. With new evidence that could clear his name, Mark has appealed his conviction and his brother Rory begs Nikki to take a look at what they’ve found.

Nikki knows she must focus on the killer at large, but Rory makes her wonder if she put her trust in the right people all those years ago. Are Madison and Kaylee’s deaths connected to her parents’ murders? And can she face up to her past before another life is taken?“

Madison and Kaylee, two fifteen-year-old girls, are found frozen in the forests of Minnesota and Special Agent Nikki Hunt is called to the case. Nikki’s past quickly catches up to her as she recalls the horrific murders of her parents not too far from where the two girls were murdered. What follows is a race against time to catch the killer as Nikki also battles with her own memories of the day her parents died.

New series in the Mystery/Thriller genre often need a feisty and mysterious main character and I was not disappointed to find that Nikki Hunt fits that criteria perfectly. I was intrigued by her history and her connections to Stillwater. The parallel story line involving her parents’ killer, Mark Todd, was an interesting addition and created further tension and intricacy in the already gripping plot involving the two murders.

The bitter and freezing cold backdrop created an even more intense atmosphere and a remarkable setting for a murder. Although the descriptions are simple and straightforward, the setting was superbly illustrated and a nice touch to complement the plot.

With its impressive setting and interwoven story lines, The Girls in the Snow proved to be a strong start to the Nikki Hunt series. I can already see several directions the series may take and would be interested to to see which direction it follows and what future adventures Nikki will face.

The Girls in the Snow is out to buy now!

11 thoughts on “Book review: The Girls in the Snow by Stacy Green”