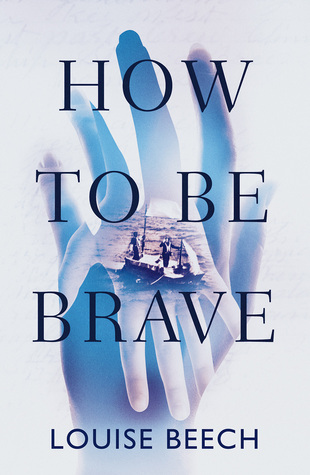 Title: How to Be Brave

“‘All the stories died that morning … until we found the one we’d always known.

When nine-year-old Rose is diagnosed with a life-threatening illness, Natalie must use her imagination to keep her daughter alive. They begin dreaming about and seeing a man in a brown suit who feels hauntingly familiar, a man who has something for them. Through the magic of storytelling, Natalie and Rose are transported to the Atlantic Ocean in 1943, to a lifeboat, where an ancestor survived for fifty days before being rescued. Poignant, beautifully written and tenderly told, How To Be Brave weaves together the contemporary story of a mother battling to save her child’s life with an extraordinary true account of bravery and a fight for survival in the Second World War. A simply unforgettable debut that celebrates the power of words, the redemptive energy of a mother’s love … and what it really means to be brave.“

How to Be Brave is a magnificent story of hope and fear, spanning several generations and showing the true meaning of family. The present day story of Rose and Natalie was heartbreaking and contrasted by the adventure that Natalie’s grandad, Colin, faced at sea in the 1940s. These two story lines interlace marvelously and the result is a promising book filled with both uplifting and bittersweet moments.

Diseases such as diabetes are often underrepresented in books and the media and whenever they are introduced, many times they appear as a taboo subject easily overlooked and often followed up by inaccurate information. However, I was pleasantly surprised at the vast research carried out by the author prior to writing the book as well as the careful manner with which she handled the illness and developed Rose’s character as not only a child who is defined by this disease but also one who is still growing, learning and eager to discover the world through real life stories such as her great grandfather’s. I believe this is true for many people, particularly children, who are given a sudden diagnosis and I am glad that the author took this route instead of solely focusing on the impact of her diagnosis.

Rose’s and Natalie’s struggles are opposed by Colin’s troubles at sea while on a stranded boat, hoping to reach land or be rescued. I found his story to be a remarkable tale of survival and admired his outlook and positivity despite the distressing situation. This part of the book was incredibly moving and engrossing and I often found myself just as eager as Rose to keep reading to understand how he managed to survive.

I believe that this is one of those books that readers will react to in different ways depending on which stage of their life they are currently in or the troubles they are facing. Personally, I read this book during what I thought was a challenging time in my life however after finishing the book I valued its powerful message of persevering during difficult times much more than before. I highly recommend How to Be Brave to everyone as I believe it will appeal to fans of all genres and even though it may stimulate a different response, its meaning and compelling storytelling will not disappoint.

4 thoughts on “Book review: How to Be Brave by Louise Beech”