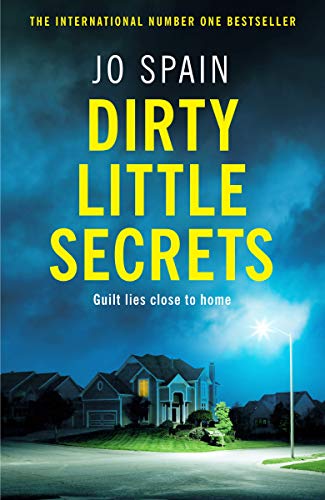 “Death stalked the Vale.
In every corner, every whisper.
They just didn’t know it yet.
Six neighbours, six secrets, six reasons to want Olive Collins dead.
In the exclusive gated community of Withered Vale, people’s lives appear as perfect as their beautifully manicured lawns. Money, success, privilege – the residents have it all. Life is good.
There’s just one problem.
Olive Collins’ dead body has been rotting inside number four for the last three months. Her neighbours say they’re shocked at the discovery but nobody thought to check on her when she vanished from sight.
The police start to ask questions and the seemingly flawless facade begins to crack. Because, when it comes to Olive’s neighbours, it seems each of them has something to hide, something to lose and everything to gain from her death.”

It had been a while since I had last read a dark and gripping psychological thriller before I stumbled upon this book on Netgalley. The synopsis had me intrigued and I was hooked right from the first chapter. The characters were delightfully complex yet the plot seemed so simple that I was expecting the typical psychological thriller with drastic and somewhat far-fetched revelations of the characters’ lives. I was pleasantly surprised that the plot developed in unexpected ways, luring us to believe that Olive had nothing to hide yet swiftly transforming into a much more complicated story.

Completely unaware of each other’s struggles, the neighbours at Withered Vale are shocked to find out about Olive’s death but do not appear too troubled when the police focus their search for the perpetrator inside the community. Each chapter focuses on the owners of each house and Olive’s attitude towards them. I particularly enjoyed the back and forth game of figuring out if Olive was within reason to dislike her neighbours based on certain attributes they presented, or if they really did have a solid argument to keep away from her while she was alive. It was captivating and I was constantly wanting to learn more about the background of all the characters, desperate to find out who killed Olive.

The final few chapters were especially interesting as more hints were revealed that seriously made me doubt their intentions towards Olive. Unfortunately the final chapter where we understand what happened to Olive hours before her death was slightly disappointing and I felt that after so much speculation the reveal would be more explosive. Nevertheless, it did not distract from the brilliant story line and the intricate puzzle that the author created. I highly recommend this book to all lovers of dark psychological thrillers.

Dirty Little Secrets is out to buy tomorrow!