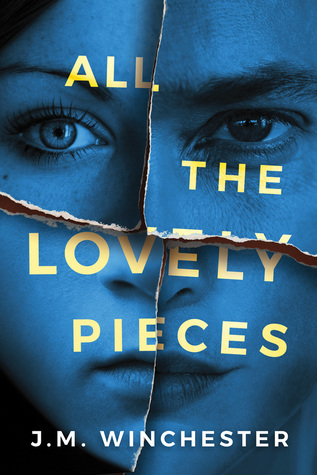 Title: All the Lovely Pieces

“For nine years, Drew Baker has been running from her brutal husband and the dark deeds of the night she left him. Focused on protecting her ten-year-old son, Drew reluctantly settles into a small town, eager to find proof of her husband’s true nature so she can stop looking over her shoulder.
But Drew is also on the run from her own terrible crimes—ones that mean prison and separation from her son should the police catch up to her before her husband does. If only she could remember that night and what really transpired…
Without warning, the unthinkable happens, and Drew is plunged into the most nightmarish situation a woman and mother could imagine. Desperate to save her child, Drew takes matters into her own hands, proving that anyone is capable of darkness, and nowhere is safe for those who fear themselves.“

All the Lovely Pieces follows single mother, Drew Baker, and her son, Michael, as they attempt to run away from their dark and dangerous past involving emotional and physical abuse from Drew’s ex-husband Adam. It becomes clear from very early on that Drew is running away from an accident that had occurred several years ago which still haunts her to this day so she is eager to hide this traumatic experience from her son.

The story line is set out in rotating points of view: Drew’s, Michael’s and Catherine’s, the only character still in Adam’s life at this point, which I found to be particularly powerful especially when trying to understand Adam’s motive from another perspective. Despite my initial concerns, the writing of Michael’s POV felt raw and thought-provoking and the ideal way to bring up a further set of questions about his mother’s decision to flee from the crime scene. I also found Catherine’s perspective to be a fresh and interesting addition to the story line, especially important towards the end when the pace changed. However, I could not warm to Drew and my sense of doubt grew as more events from the day of the accident were revealed. Although unreliable main characters are often emblematic of the genre there were too many lose ends in the chapters written from her POV for me to truly understand her.

Despite a strong start and an interesting set of characters, there was little build up towards a twist or big revelation as usually happens with other books in the genre. In a way I liked how the author decided to lay out all the facts and reach a conclusion based on all the information provided. However, the last few chapters felt a little too rushed and there were parts involving other minor characters and Drew’s new love interest that felt exaggerated and at times too unbelievable. This book has all the right ingredients for a gritty psychological thriller but I believe that some of the scenes and character interactions in the last few chapters could have been rewritten to create a more realistic ending.

All the Lovely Pieces is out to buy now!

7 thoughts on “Book review: All the Lovely Pieces by J.M. Winchester”