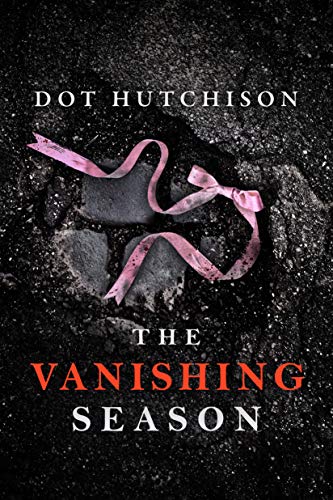 “Eight-year-old Brooklyn Mercer has gone missing. And as accustomed as FBI agents Eliza Sterling and Brandon Eddison are to such harrowing cases, this one has struck a nerve. It marks the anniversary of the disappearance of Eddison’s own little sister. Disturbing, too, is the girl’s resemblance to Eliza—so uncanny they could be mother and daughter.
With Eddison’s unsettled past rising again with rage and pain, Eliza is determined to solve this case at any cost. But the closer she looks, the more reluctant she is to divulge to her increasingly shaken partner what she finds. Brooklyn isn’t the only girl of her exact description to go missing. She’s just the latest in a frightening pattern going back decades in cities throughout the entire country.
In a race against time, Eliza’s determined to bring Brooklyn home and somehow find the link to the cold case that has haunted Eddison—and the entire Crimes Against Children team—since its inception. “

Most Thriller lovers are familiar with The Butterfly Garden and its incredibly unique setting. More than two years later and I still remember the electrifying sensation that I felt as I read that book which ultimately left me wanting more from this series. I was pleasantly surprised to discover that the final book in the Collector series was soon to be published and immediately requested it on Netgalley. Unfortunately, this book left me feeling very disappointed at how the series ended and also confused at the dreariness of the setting and lack of plot. There were several key factors that caused my letdown and my main reasons for disliking this book.

Firstly, the author focused too much on the lives of the FBI agents and too little on Brooklyn’s disappearance. The spotlight was almost always entirely on the main leading investigator Eliza and her past, such as why she decided to take this job and what made her engagement fall apart. As much as I tried I couldn’t take a liking to her or any of the agents on the team and was simply not interested in any of their interactions. Some conversations felt forced and, although I liked the appearances of some of the girls from the Garden, the continuous references to them started to feel irrelevant after a while.

The plot slowly began to come together towards the second half when the team connects Brooklyn’s disappearance to that of several other little girls. I was glad to finally see some progress in the case and was hoping to join the team on a rollercoaster ride of solving this complex case. My main issue with this book was around this point when the team very quickly and almost without any research into anyone involved in Brooklyn’s life suddenly discovers the key figure that connects all the disappearances. The lack of investigation really diminished the thrilling element and I felt as if there was a sudden rush to find the perpetrator because the character development had been exhausted and there was no other way for the story line to progress apart from finding the kidnapper.

Other small points which I found irritating included the constant mixture of random Spanish sentences mixed with English speech as well as the almost too perfect ending. I understand the approach that the author was aiming for but the execution felt poor to me overall. Although I strongly recommend The Butterfly Garden to Mystery/Thriller fans, unfortunately there is not much from this book that I can rave about.

The Vanishing Season will be out to buy on 21st May.

9 thoughts on “Book review: The Vanishing Season by Dot Hutchinson”