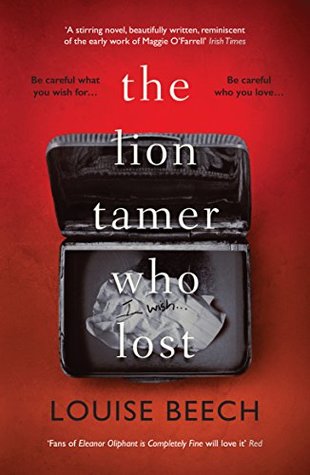 Title: The Lion Tamer Who Lost

“Be careful what you wish for…
Long ago, Andrew made a childhood wish, and kept it in a silver box. When it finally comes true, he wishes he hadn’t…

Long ago, Ben made a promise and he had a dream: to travel to Africa to volunteer at a lion reserve. When he finally makes it, it isn’t for the reasons he imagined…

Ben and Andrew keep meeting in unexpected places, and the intense relationship that develops seems to be guided by fate. Or is it? What if the very thing that draws them together is tainted by past secrets that threaten everything?

A dark, consuming drama that shifts from Zimbabwe to England, and then back into the past, The Lion Tamer Who Lost is also a devastatingly beautiful love story, with a tragic heart…“

Some books leave their mark for such a long time that I keep coming back even though months go by. I read this book in November but I have only just now been able to gather my thoughts and write this review.

The story begins as Ben is starting a new project as a lion tamer in Zimbabwe. He is young, nervous, yet hungry for life and adventure. His relationship with his father is strained and he has left a complicated relationship with Andrew back home. Several chapters later we learn who Andrew is and how he and Ben met, how their friendship developed into something more and how a set of unexpected circumstances led them to grow apart to such an extent that Ben decided on a fresh start abroad in an exciting environment. The story so far focuses more on Ben’s time at the lion resort and this part of the book was so interesting and eye opening. It was clear that the author had done a lot of research into the topic yet she presented her findings in a tender and beautiful manner with just enough technical details. I had no idea about the difficulties lion tamers faced and was left with my heart in my mouth at some of the tense moments.

The second part of the book focuses more on Ben and Andrew’s relationship prior to his trip as well as after his return. This part of the story line was emotionally draining and heartbreaking. I had to leave and return to the book several times as at times it felt too much. As with previous books, Louise Beech tells their story beautifully with a lot of emotion and care. However, I couldn’t get past the sequence of events which followed Ben’s return from Zimbabwe and Andrew’s fate. It almost felt like their story was destined to be over before it had even started and I would have preferred to see them make amends earlier rather than the devastating turn of events which followed.

Fortunately there are also moments of happiness as Ben’s relationship with his father develops in unexpected ways after he comes back. We learn more about his father’s prejudice, which is a sensitive topic handled extremely well by the author. The minor characters were also wonderfully woven into these last few chapters and a few extracts from Andrew’s book at the end don’t fail to move the reader in inexplicable ways and were a beautiful finish to a brilliant book.

With its superb storytelling and fantastic set of characters, The Lion who Lost is a gem not to be missed. Fans of Louise Beech will enjoy the unique traits present in her books and those who have not yet read her writing must do so in order to not miss out on the beauty in this book.

12 thoughts on “Book review: The Lion Tamer Who Lost by Louise Beech”